The Golden Beret Award was created by Sheri-D Wilson (a trailblazer of Spoken Word Poetry in Canada) to honour a Canadian Spoken Word Artist who has made substantial contributions both as an artist and also to the community at large.

In 2007 the award was called The Soon-to-be-Prestigious Golden Beret Award and was presented at the Calgary Spoken Word Festival. The prize was managed and awarded by the festival until 2016, when Ian Ferrier approached the League of Canadian Poets to take on the administration of the award. Since then, the Golden Beret Award has developed into the Prestigious Award it is today!

The award honours an established Canadian poet with a history of achievement and performance in spoken word. The Prize is $2000. 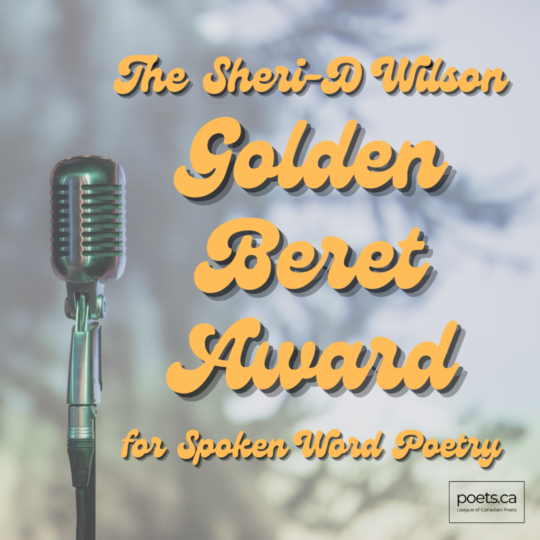